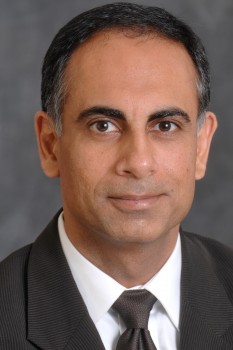 Ph.D. in Urban Development and Planning, Massachusetts Institute of Technology

Vinit Mukhija is a Professor and Department Chair of Urban Planning in the Luskin School of Public Affairs at the University of California, Los Angeles (UCLA).

His research focuses on informal housing and slums in developing countries and “Third World-like” housing conditions (including colonias, unpermitted trailer parks, and illegal garage apartments) in the United States. He is particularly interested in understanding the nature and necessity of informal housing, and strategies for upgrading and improving living conditions in unregulated housing. His work also examines how planners and urban designers in both developing and developed countries can learn from the everyday and informal city.

Four research questions and objectives guide his research. First, what is the nature of informal housing, including its prevalence, characteristics, heterogeneity, determinants, rationale, advantages and disadvantages? Second, how can living conditions within slums and informal housing be improved, and what is the role of different institutional actors, including state, civil society, and market actors, within this process? Third, how should conventional planning and urban design approaches change in response to the prevalence of informality, particularly informal housing? Fourth, how do policy ideas in housing and land development travel and spread in a globalized world? The broad objective of his work is to help identify and improve strategies for increasing access to decent housing among the urban poor as a planning pathway to social and spatial justice.

Professor Mukhija’s current and past major projects include research on slum upgrading and redevelopment in Mumbai (Bombay), India; research on colonias, infrastructure-poor neighborhoods, and unpermitted trailer parks in California; evaluation of inclusionary housing requirements in Southern California; research on legal and illegal garage apartments or “Backyard Homes” in Los Angeles as a form of affordable housing and stealth density; and research on the nature of informality in U.S. cities. He is the author of one book, Squatters as Developers? Slum Redevelopment in Mumbai (Ashgate, 2003), and co-editor of a recently published volume, The Informal American City: Beyond Taco Trucks and Day Labor(MIT Press 2014, with Anastasia Loukaitou-Sideris).

Professor Mukhija trained as an urban planner (Ph.D., Massachusetts Institute of Technology), urban designer (MUD, University of Hong Kong), and architect (M.Arch., University of Texas, Austin, and B.Arch., the School of Planning and Architecture, New Delhi). He also has professional experience as an urban designer and physical planner in India, Hong Kong, and Kuwait with new town design proposals and projects in India, China, and the Middle East. Before coming to UCLA he worked as a post-doctoral researcher for the Fannie Mae Foundation in Washington, D.C., and developed neighborhood upgrading and renewal strategies for American cities. Some of his past projects have been funded by the Haynes Foundation, the California Policy Research Center, the Lincoln Institute of Land Policy, the United Nations Development Program (UNDP), and the World Bank.

Professor Mukhija has also advised the newly formed Indian Institute of Human Settlements, Bangalore, on course and curriculum development. His other community and public service contributions include membership on the Board of Directors of the Los Angeles Area Neighborhood Initiative (LANI), a non-profit focused on community-based urban revitalization strategies; service as the Co-Chair of the Global Planning Educators Interest Group (GPEIG) within the Association of Collegiate Schools of Planning (ACSP); and as an editorial advisory board member of the Journal of the American Planning Associationand the Journal of Planning Education and Research.