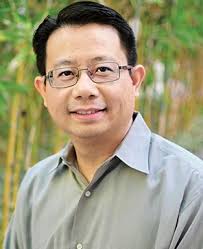 Gilbert C. Gee, Ph.D., is a Professor in the Department of Community Health Sciences at the Fielding School of Public Health at UCLA. He received his bachelor degree in neuroscience from Oberlin College, his doctorate in Heatlh Policy and Management from the Johns Hopkins University, and post-doctoral training in sociology from Indiana University. His research focuses on the social determinants of health inequities of racial, ethnic, and immigrant minority populations using a multi-level and life course perspective. A primary line of his research focuses on conceptualizing and measuring racism discrimination, and in understanding how discrimination may be related to illness. He has also published more broadly on the topics of stress, neighborhoods, environmental exposures, occupational health, and on Asian American populations. Current projects include: the study of discrimination, racial identity and obesity among emigrants from the Philippines; the relationship between student loans and illness; toxic exposures among Asian American participants in NHANES.

His research has been honored with a group Merit Award from the National Institutes of Health for the development of a multicultural measures of discrimination for health surveys. In addition, he received two Scientific and Technical Achievement Awards from the Environmental Protection Agency for development of the Stress-Exposure-Disease Framework.

Dr. Gee is currently the Editor of the Journal of Health and Social Behavior.  He has also been a guest editor for Child Development, Asian American and Pacific Islander Nexus Journal, and the Asian American Journal of Psychology.

NIH Merit Award.  2008.  Group Award for “Multicultural Survey Methods Group,” recognition for outstanding leadership in the development of novel methods for the evaluation of data collection instruments used across populations with multiple languages and cultures.

Best Published Paper.  2007.  For the article titled, “A Nationwide Study of Discrimination and Chronic Health Conditions among Asian Americans.”  From the Asian and Pacific Islander Caucus of the American Public Health Association.