Imagining the Political: Vernacular Idioms of Sexuality in India

Imagining the Political: Vernacular Idioms of Sexuality in India 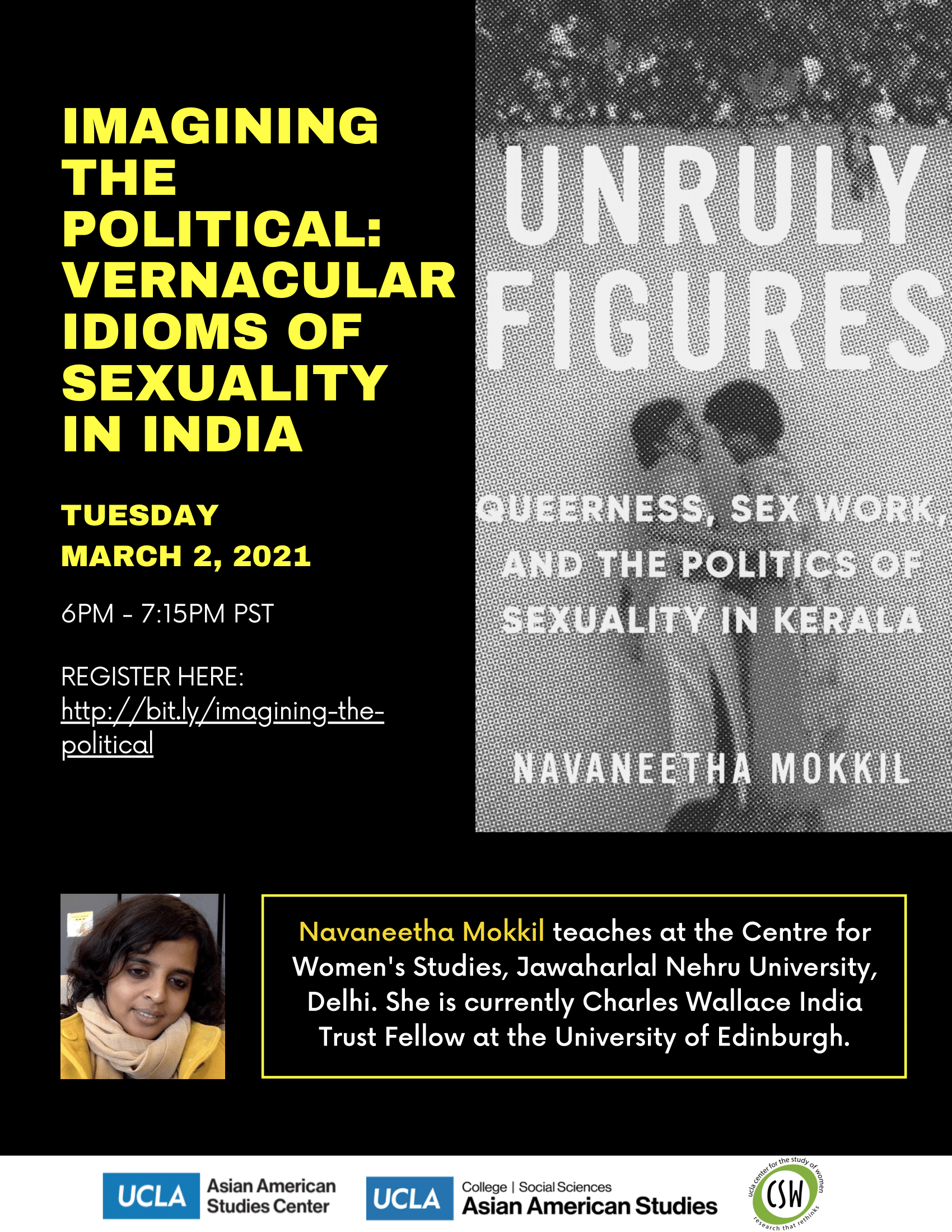 Professor Navaneetha Mokkil, the Center for Women’s Studies, Jawaharlal Nehru University, will discuss her new book, Unruly Figures which navigates the pulsating links between subjectivity, political activism and the world-making capacity of cultural practices in a non-metropolitan region in India. It focuses on the non-linear figurations of the sex worker and the lesbian in Kerala, a state in Southern India, and the fractured processes of staging the politics of sexuality. The book moves back and forth from the post-1990s to the pre-1990s interlinking different forms, texts, genres and events in order to show how sexual subjects are not finished portraits, nor silenced bodies eager to claim visibility and recognition. Rather, the transactions between the subject and the figure point to the breaks in the conception of a cohesive, visible and agential political actor.
This book brings a substantial body of Malayalam-language scholarship, literature, and, media texts on gender, sexuality, and social justice (which do not usually travel across the language divide) into conversation with current debates around sexuality studies and transnational feminism in the Asian and Anglo-American academia. It puts forward a reading practice that examines public cultures of sexuality in Kerala, ‘a small place’ in the geopolitical dynamics of the nation and the globe, as the site for theorizing the political. It posits the regional as the ground through which questions can be asked about the past, present and futures of sexuality politics in India.