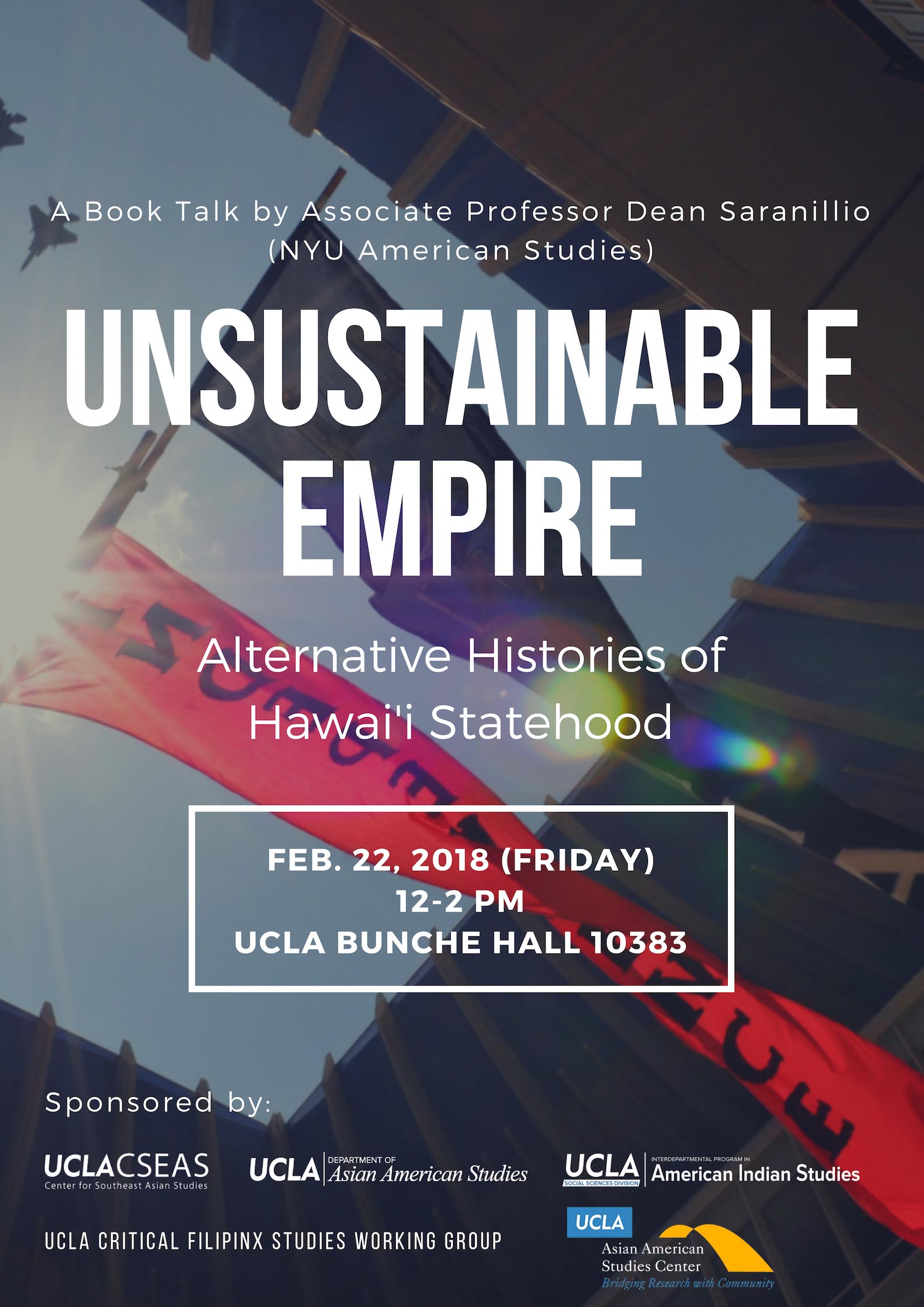 Bio: Dean Itsuji Saranillio is an assistant professor in the Department of Social and Cultural Analysis at New York University.  His teaching and research interests are in settler colonialism, alternative futures from the settler state, Asian American and Pacific Island histories, and Native Pacific cultural studies. He has published in numerous journals and anthologies and his first book, Unsustainable Empire: Alternative Histories of Hawai‘i Statehood (Duke University Press, 2008), thinks through the possibilities that might emerge when non-Native peoples work in place-based affinity with Native movements.

Talk description: Dean Saranillio shows that Hawai’i’s admission as a U.S. state was neither the expansion of U.S. democracy nor a strong nation swallowing a weak and feeble island nation, but the result of a U.S. nation whose economy was unsustainable without enacting a more aggressive policy of imperialism. This talk provides a more complicated understanding of Hawai‘i’s admission as the fiftieth state and why Native Hawaiian place-based alternatives to U.S. empire are urgently needed.

We will also be hosting a graduate student talk at the Asian American Studies Center conference room from 3-5 pm.